Maybe it is the sun kissed island effect, the sight of the bright blue Aegean Sea.. or the feel of the gusty Mediterranean winds…
Whatever it is…one comes away from Greece with a wish ..
To live a life less hurried!

There are 2000 islands in the Aegean .. 200 of which are inhabited .. names as romantic and idyllic as the islands themselves..
Read aloud …
PAROS, CHIOS,SKYROS, MYKONOS, SANTORINI….!
Beautiful and rhythmical… 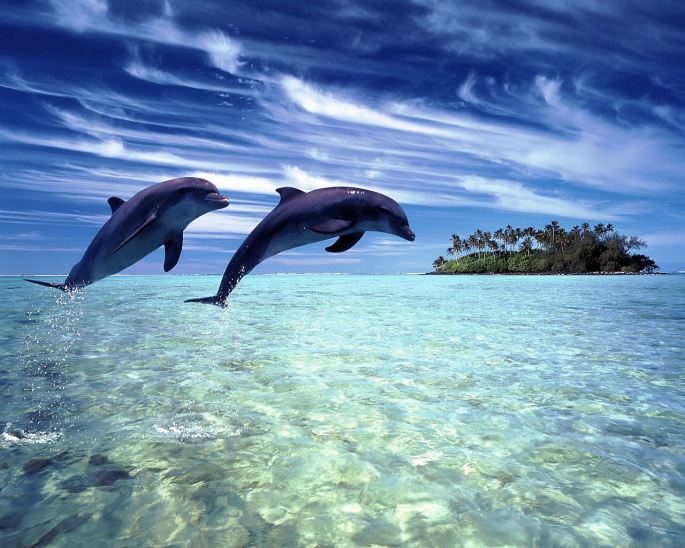 See the HOUSES… white washed and calming.. with doors and windows in cerulean BLUE
.. painted ‘blue’ specifically …to ward off evil…
In fact if you see a ROOF with a shape like this….. 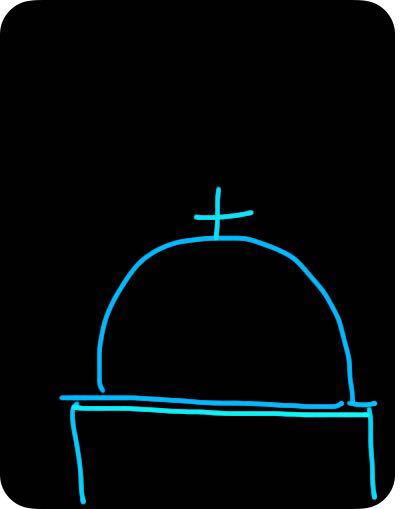 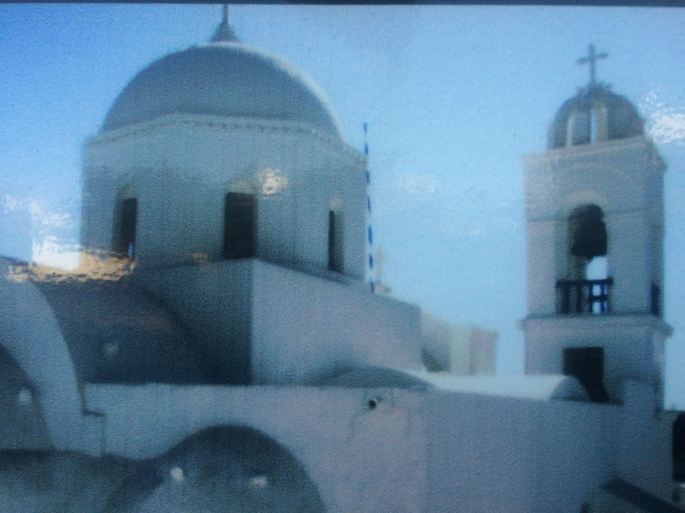 ….You can be sure you are in Greece…
And if you see a white cylindrical threestoreyed structure … with a rotating 12 spiked wheel … the ancient WINDMILLS …
You can be doubly/ triply sure… you definitely on a Greek island !

These windmills were made between the 13- 17 th century AD…
They were amazing , harnessing the power of the strong Mediterranean winds to grind wheat and barley to flour..
This was then used by the islanders or traded to distant countries by plying ships.. big business in those days!!
Now …
replaced with mills run on electricity .. but they remain.. A sturdy testimonial to the genius of man …. 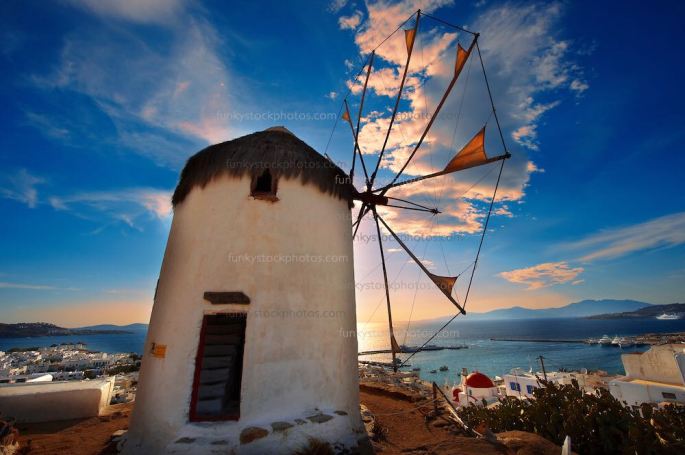 So the islands , the houses ,the windmills .. simply charming ..
and then you meet a Greek FAMILY…. warm ,inviting, robust, friendly ! With RICH family VALUES and traditions…
Generations live together .. grandparents , parents , children ….
MARRIAGE very sacred and to be taken seriously ..
Divorce rates LOWEST in the EU..
And Retirement or OLD AGE HOMES unheard of..
Ask a local….about an old age home…and they say
‘What is that ??!’

The Greek system of PANIGIRI or
Festival time dedicated to the local saint…..
is for the FULL FAMILY !Full of fun ,frolic ,fiesta!!
The Greeks DONT celebrate birthdays .. rather they celebrate the BIRTH of the saint whose name they share … and each Greek ,male or female definitely shares a name with a saint!!!
Bazaars ,feasting and dancing…PANIGIRIA..!Have a look at this video…
You will feel like getting up and just joining in…!!

Very much like Pravins mandolin is the Greek BOUZOUKI…. here’s a picture with a small piece….played by the best bouzouki player in the world .. well in 2011!

Ah music , love and the sun .. !
No wonder that on the Greek island IKARIA…people have forgotten to grow old !!
85 -90year olds here are mentally and physically agile …
Here are their SIMPLE SECRETS…
Firstly no one in IKARIA keeps time-pieces or clocks… there’s no need!
They get up each day ONLY when fully awake and rested.. whatever the time … could be noon…!
They Start their day with GARDENING…. Pushkala / geetanjali can vouch for the curative touch of tending to plants … 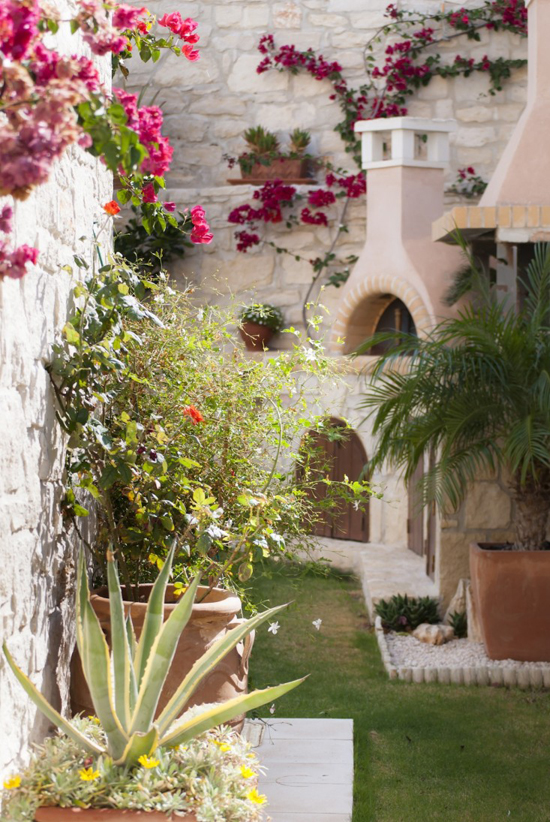 Next they have a meal.. usually only from ‘HOME GROWN PRODUCE'( fava which is chickpeas ,tomatoes, peppers and of course aubergines !)
With rusks and homebaked bread ….
Drizzled with olive oil( preferably not heated olive oil)
Salads with their beloved feta cheese,
Plenty of yoghurt and honey..
Coupled with a few glasses of home pressed wine …
Non vegetarian food only four times a month..! 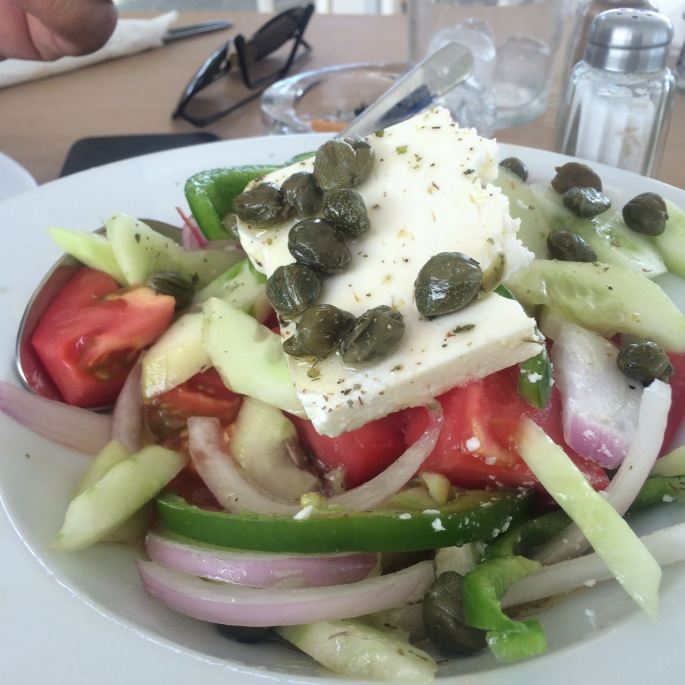 After their meal ….back to sleep .. Ikarians stress the importance of SHORT NAPS throughout the day .. that’s easy .. we all can do it!!!
Evening is time to socialise ,wine and dine TOGETHER..with friends and neighbours …play games , gossip .. a type of community living!!!
Also Ikarians stress the importance of an ACTIVE SEX life …. REALLY ??
At 75/85/ 95 .. ????
Well yes!!!
Wow !!!!!
Simple ways to a good healthy long life ..!

Makes one want to get up and start  ANEW…  walk a path not  taken … shift gears..get into pottery….make ceramic pots and tableware… 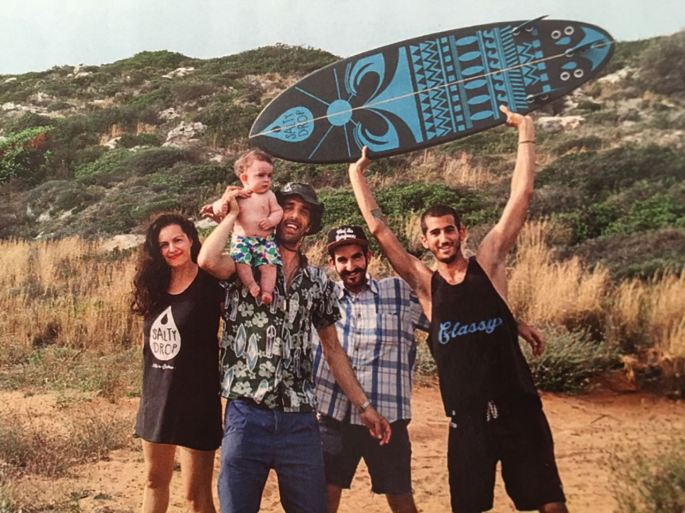 Maybe make soaps and honey .. give anyone a run for their money !!

Or even plunge into something totally adventurous.. what say Pradeep??? Deep sea diving …discover the sea .. hey! Shipwreck archaeology…!! Not enough people doing that ! Though Greece has the most number of archaeological museums in the world !!! 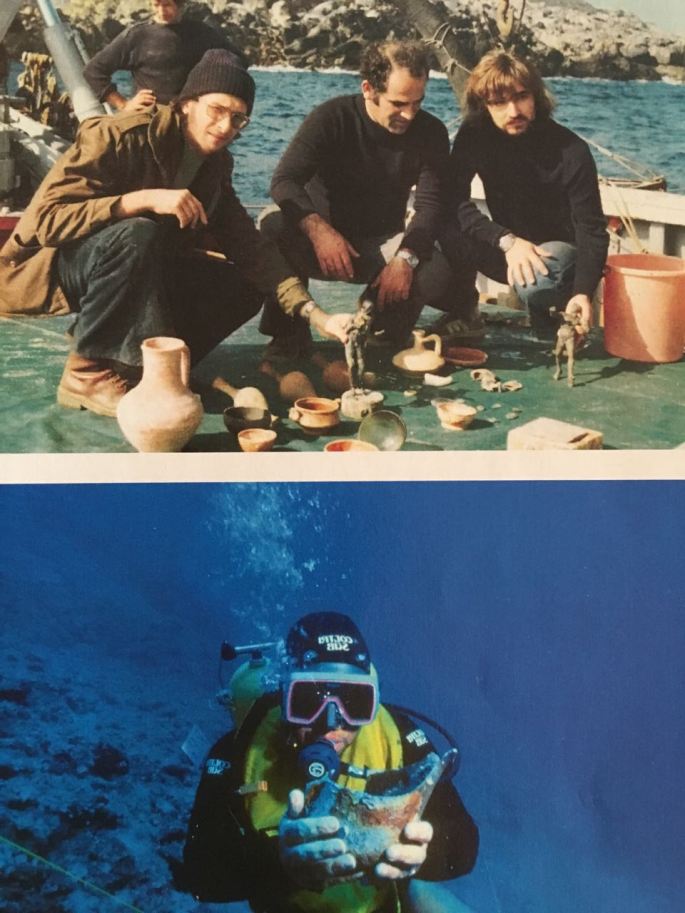 One could do anything .. actually…other than be a doctor !!
Simply because .. Here, Every one in pretty good shape …!!!
Despite the fact that Greece has the most number of smokers in the EU!!!
Well cheers to that!! 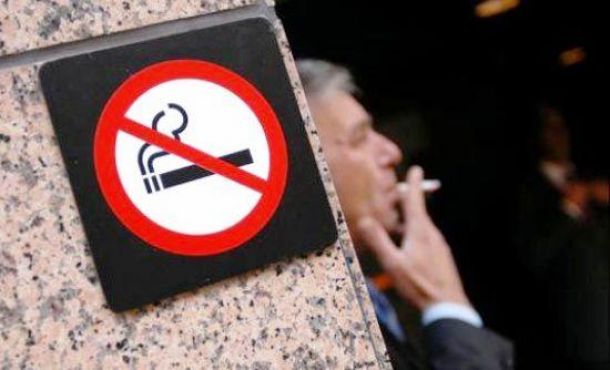 Yes yes… this is the land of HIPPOCRATES and we stand by his Oath…
The land of HOMER and the ILIAD…
Of scholars and inventors..
Of poets and philosophers ..
Of brains as big as Mount Olympus
Even the chosen NATIONAL animal .. the DOLPHIN( worlds most intelligent animal )…
And the NATIONAL bird .. the OWL …,Are WISE!!
Who would think that this Greek shipping magnate busy on his laptop analysing world data …

..Was actually playing
PATIENCE!!😉!
Byeeeeee!
Twinny on a break for a month..
See you all sooooon!