SAWADEEKA!!
Twinny back from Thailand …. ” land of smiling faces…” 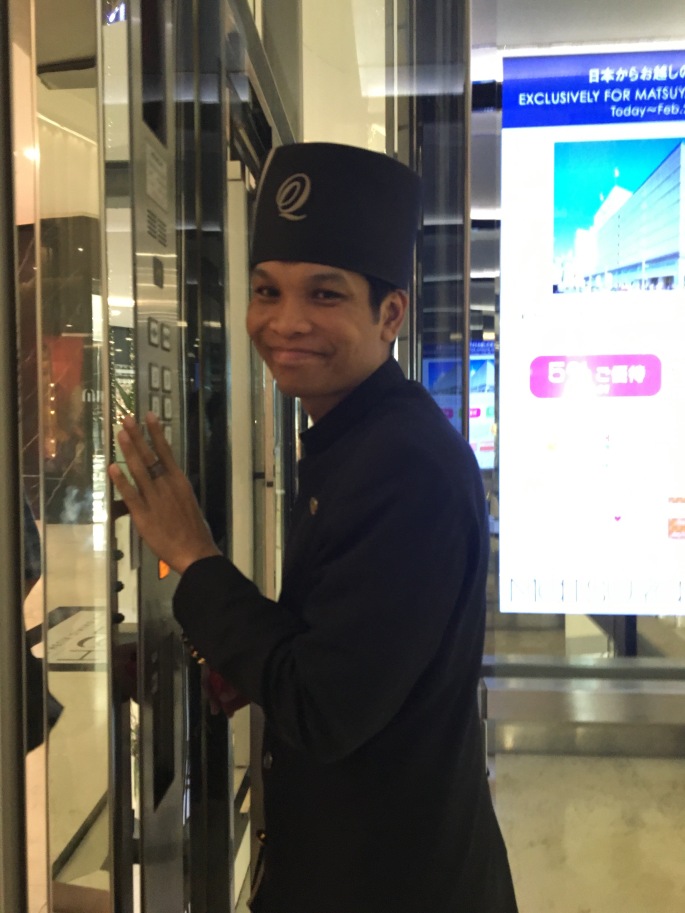 Smiling ,Respectful Fearful.. each home in this 95% Buddhist country …is guarded by the Spirit House …erected at a strategic spot outside the home / hotel / workplace…
Each  SPIRIT HOUSE reflects its owners personality ..ranging from the humble to the opulent …. 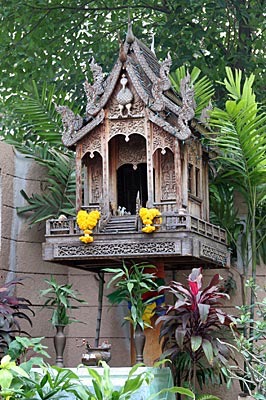 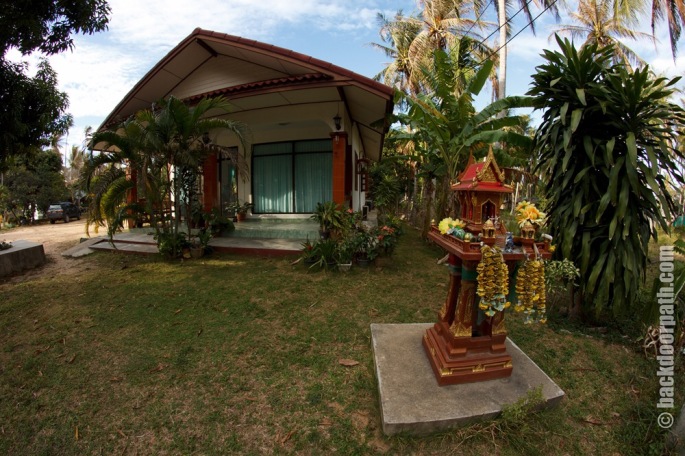 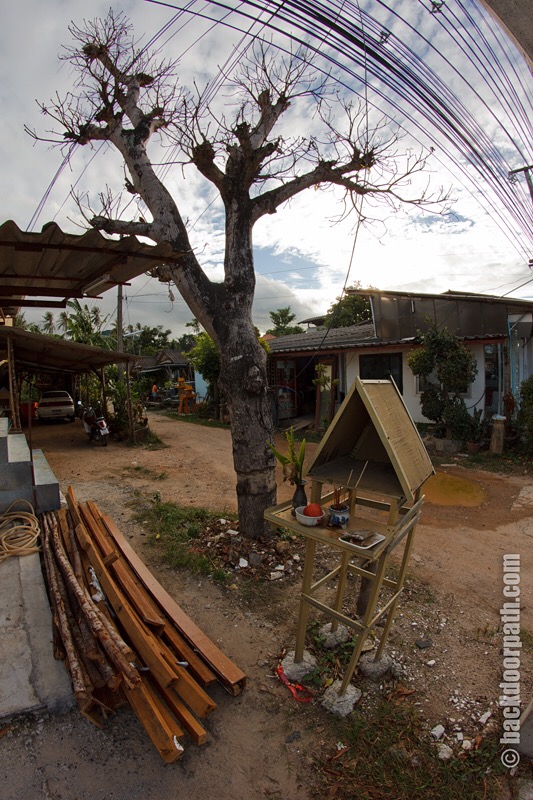 Spirits in The Spirit House are given daily offerings of fruits ,flowers ,prayers !!!!They revered in manner fairly akin to Hindu traditions …!Aha…influences of Hinduism in every corner of the world!!!
Twinny curious to know why CLUSTERS of spirit houses at BENDS or accident prone sites on the road…
Well ….They kept for a reason….

To forewarn or ward off danger ….Have a look… 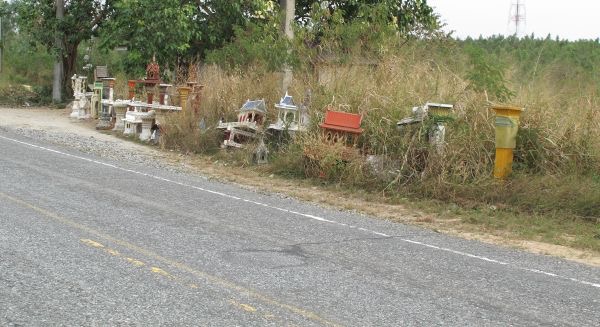 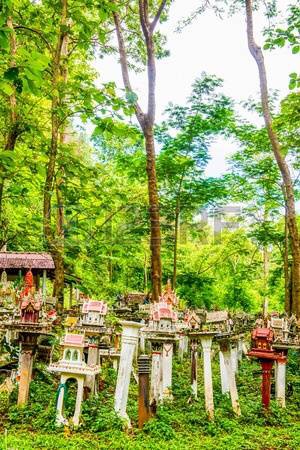 Danger or no danger lurking ahead….
At present Thailand caught in a period of flux/ certain uncertainty!

Hitherto the nation was ruled by the much loved , semi idolised  KING BHUMIBOL ADULYADEJ….

The LONGEST reigning monarch in the world !!Longer than the Queen of England! 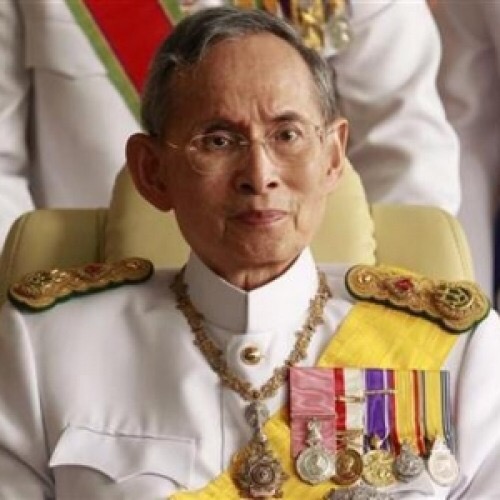 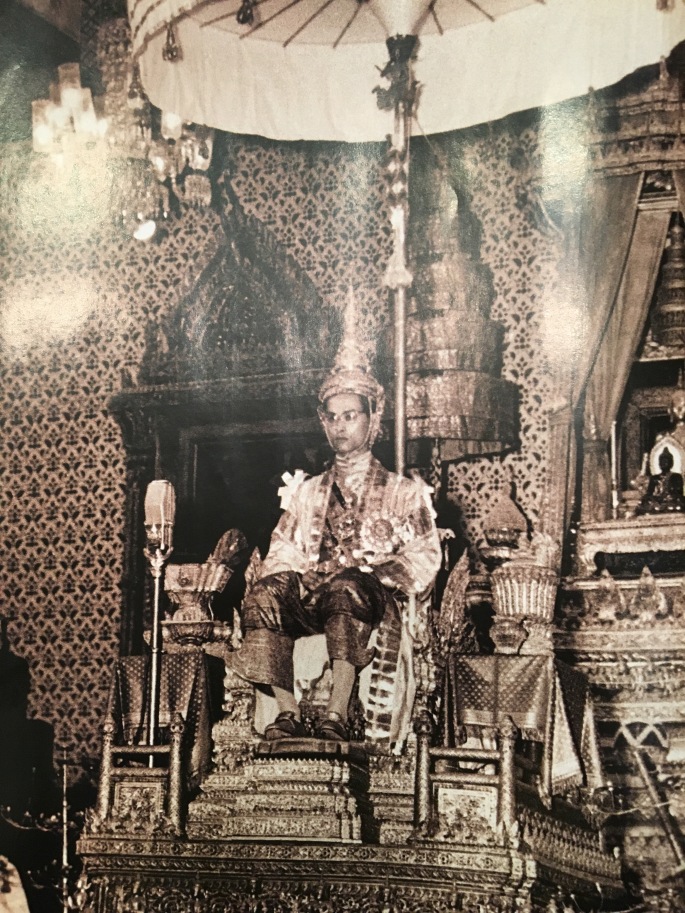 A grassroots monarch…dedicated to his subjects…..
he introduced the Sufficiency Economy theory teaching

people to be conservative and live within their means… 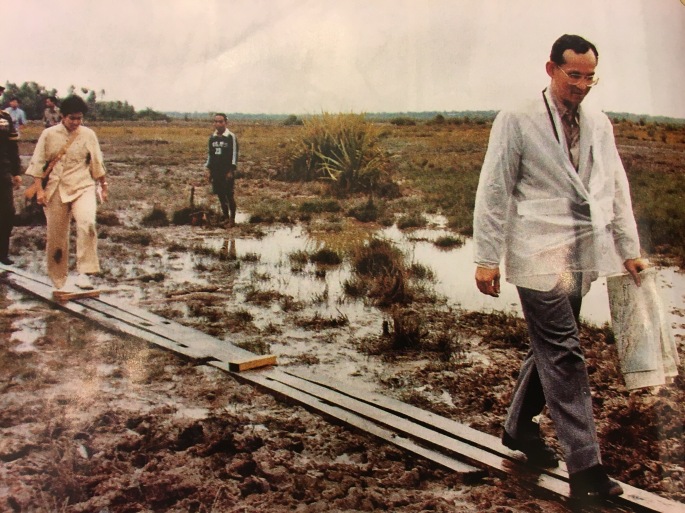 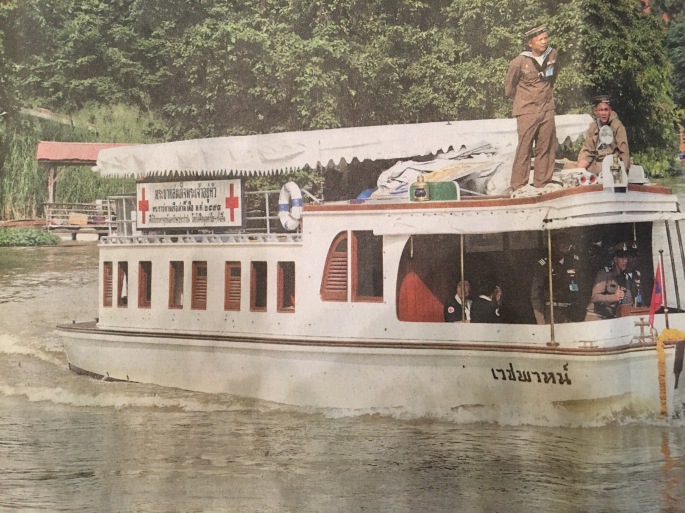 Pictures of the good king adorned with flowers are seen everywhere… in malls ,restaurants ,on the streets..people in genuine mourning … a testament to the important place he held in their hearts … 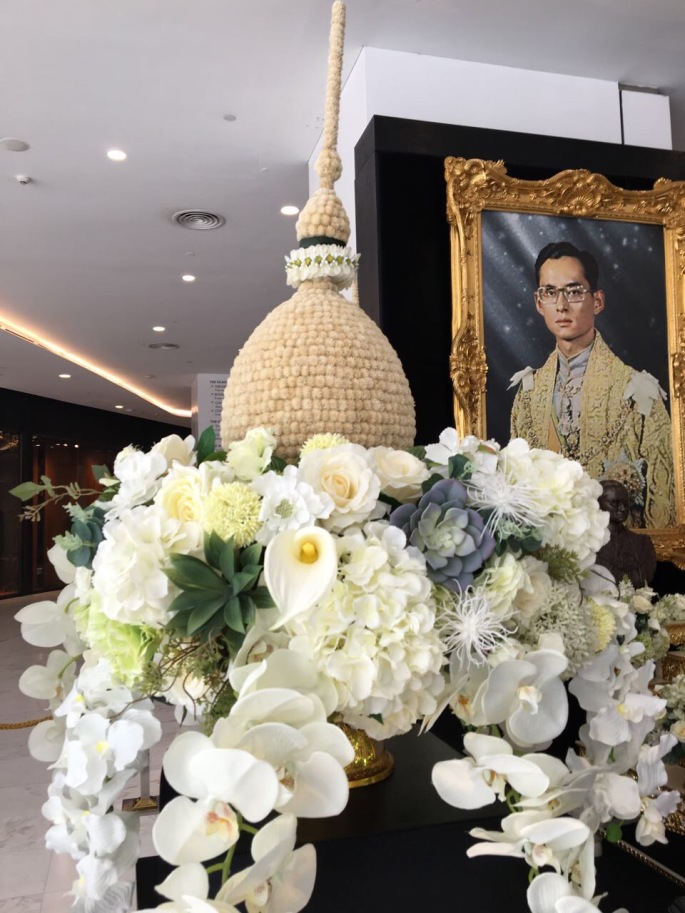 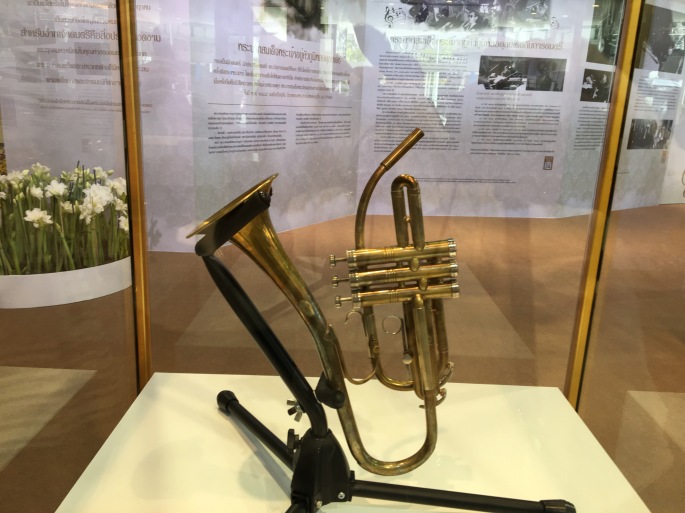 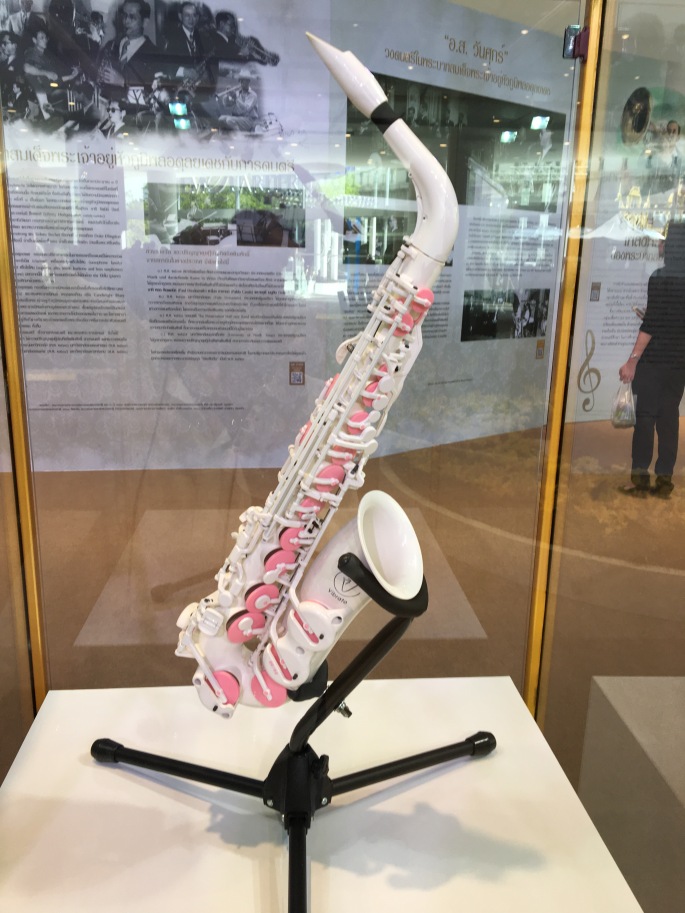 Some of his golden words… 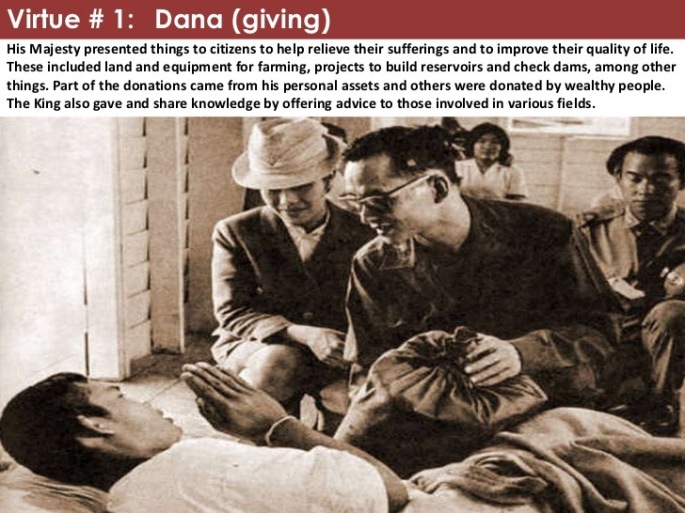 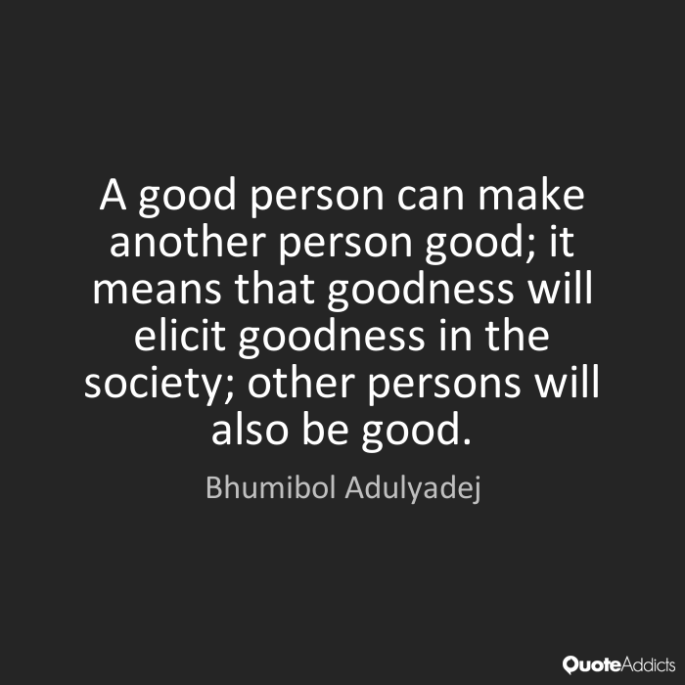 On Dec 19th will be his official cremation … a towering funeral pyre befitting his Majesty is to be constructed…..where the late kings divine SPIRIT will return …. 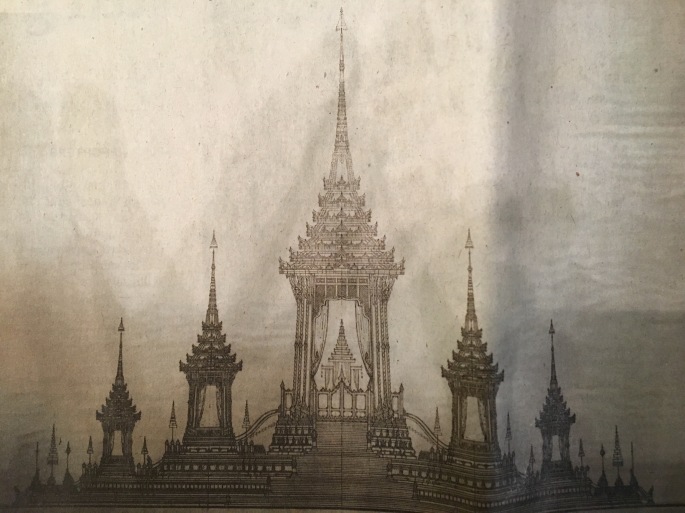 A STUDY in CONTRAST is the kings son…MahaVajiralongkorn!
Accustomed to wearing crop tops ,the 64year old thrice divorced ,tattooed playboy Crown Prince … DOES’NT quite instil confidence in his subjects .. 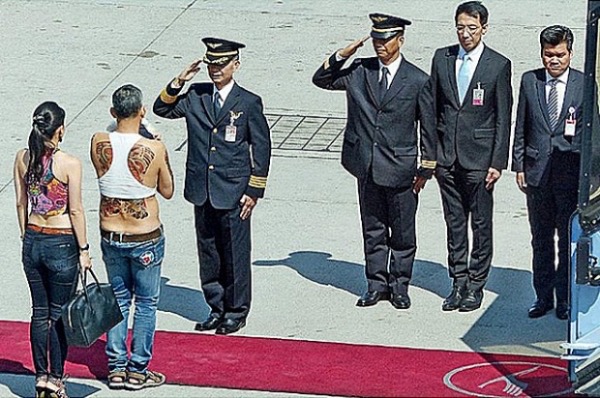 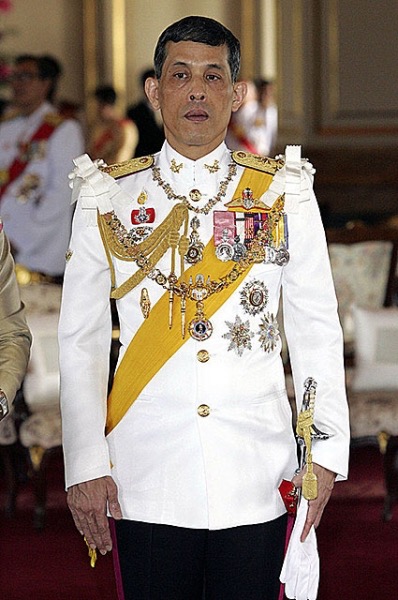 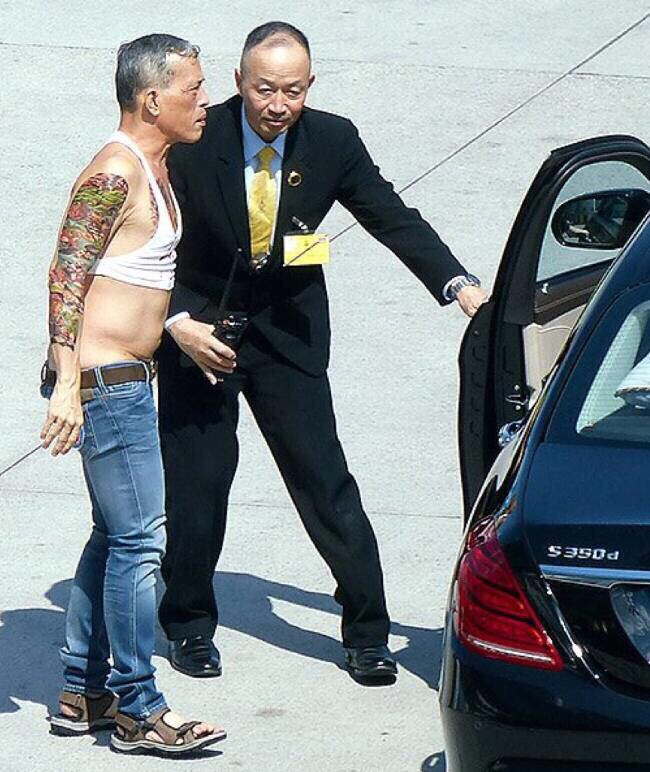 And of his pet poodle FUFU …. whose birthday he celebrated along with his wife dressed only in a g string…! 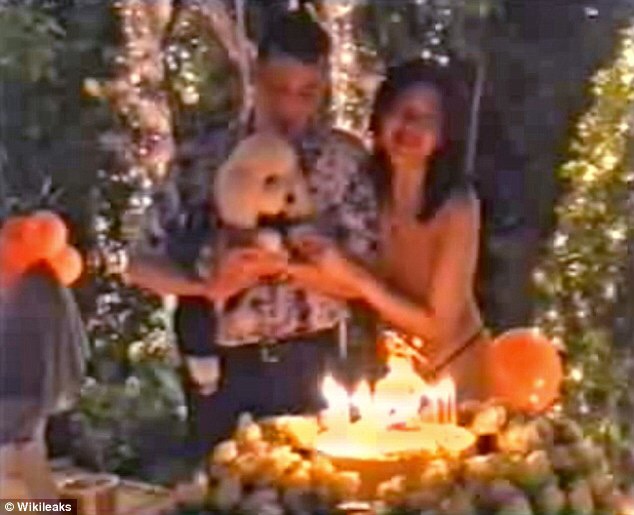 No wonder people in Thailand in RATHER nervous state! How will the Crown Prince ever be able to handle the nation when he not able to handle himself???!

Moreover there is a special Thai rule or law ( number 112). ‘LESE MAJESTE’

Whereby one can be imprisoned for criticising Thai royalty … 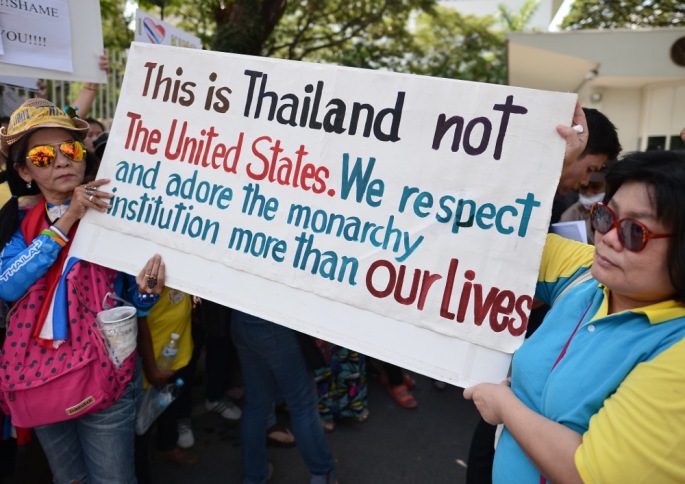 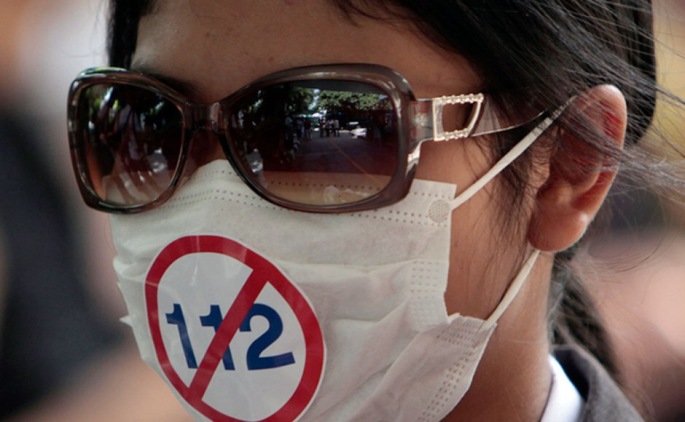 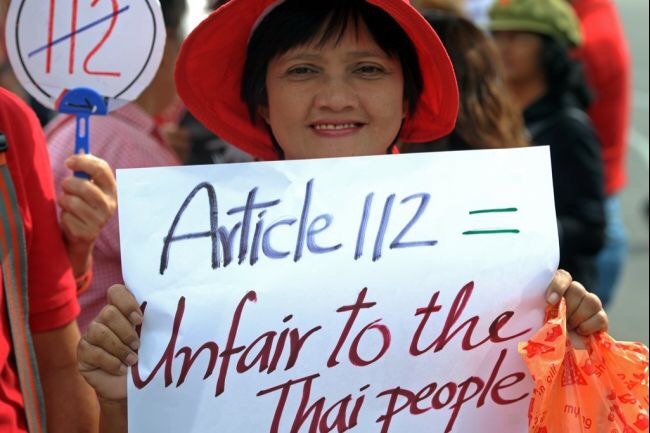 So the Thais feel …the LESS SAID ,the better !

And so does Twinny !!!Who knows she could be put in a Thai jail for commenting oh -so -loosely on Thai royalty !
Time to don some disguise and escape to some safe beach … 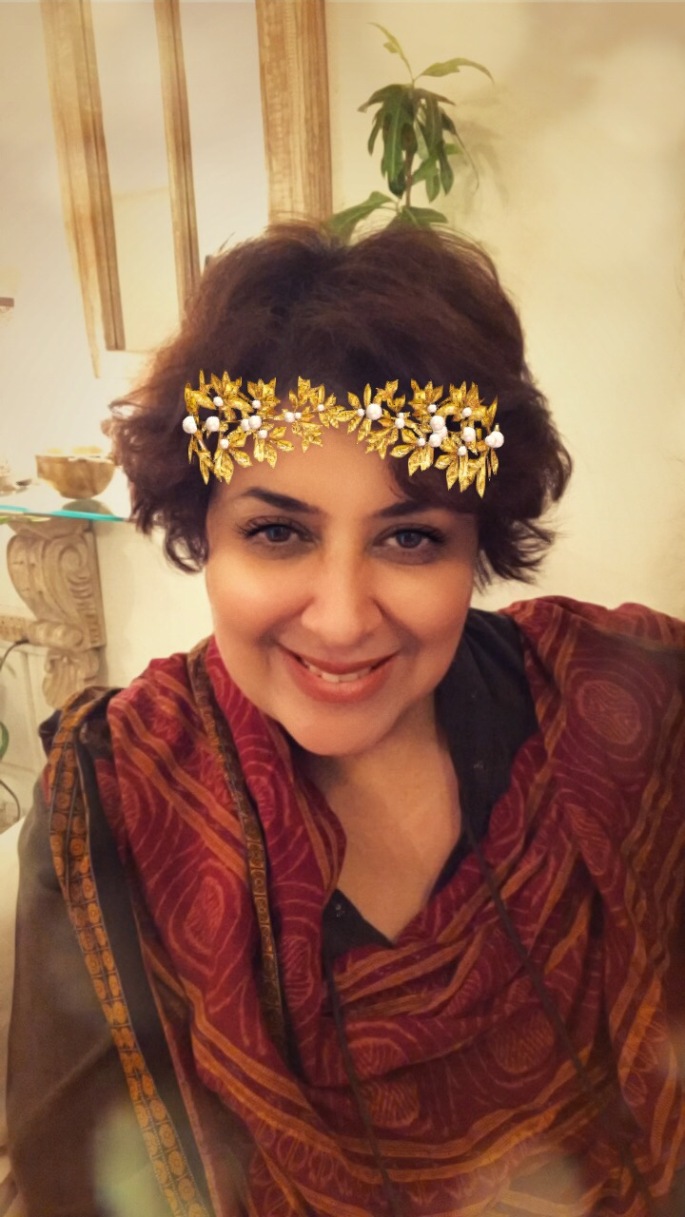 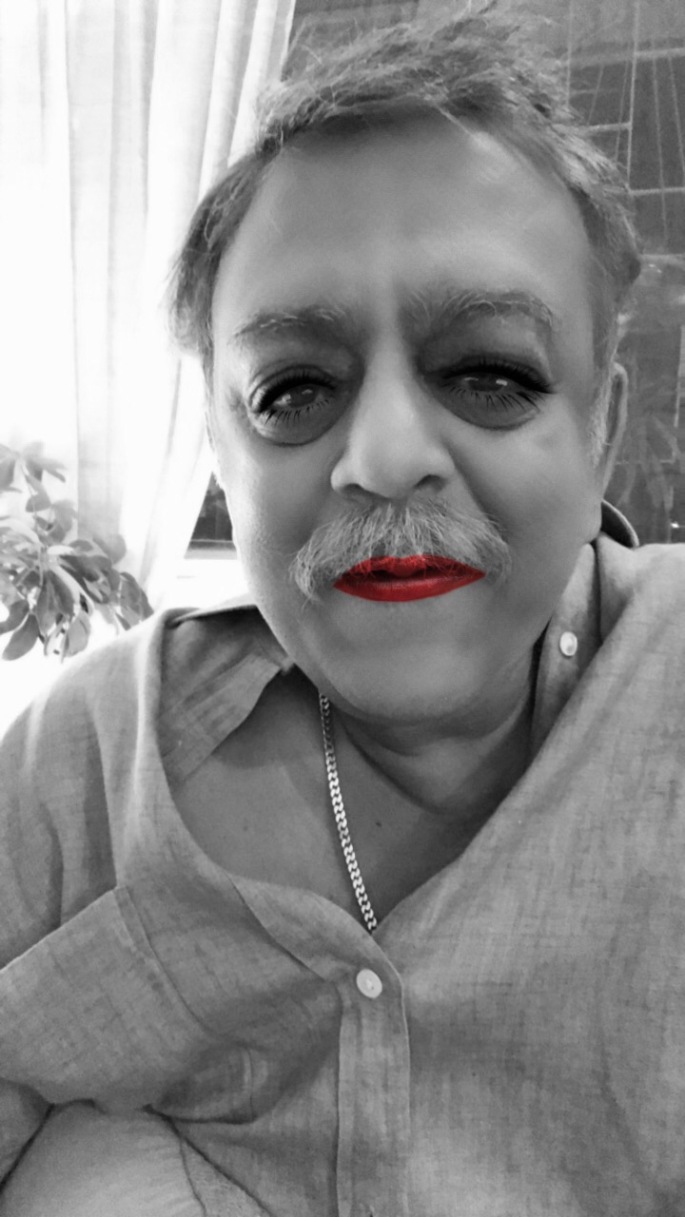 That’s better … now no one will recognise neither you nor me!!
Sawaddeeka !!

2 thoughts on “Thailand…land of smiling faces ”