It’s me Amruta ..back after a short break….

And wondering how the heck to present the work of an artist .. so gargantuan .. it has left the world stunned!

Yes .. the art of ANTONI GAUDI! 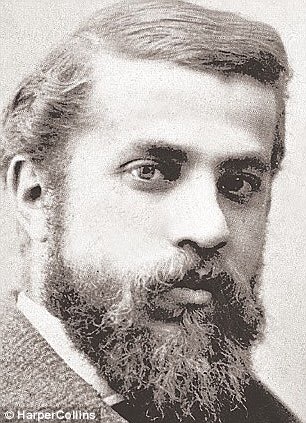 It is impossible to typecast or classify GAUDIS. work…. his buildings .. his art …

Was it ART NOUVEAU?

Quite A bit…! After all  it has ORGANIC forms in it….!

Was it PART – SYMBOLIC?

Was it CATALAN MODERNISM?

Did it have elements of GOTHIC and ISLAMIC ART….. Yes!

Can’t say for sure … But AMAZING, ECLECTIC and ORIGINAL …..

It certainly is! Have a look…..

Born in Reus in 1826 , GAUDI moved to Barcelona in Southern Spain  to study ARCHITECTURE!
When handing over his degree his teacher said… he didn’t know whether it was being given to a MADMAN or to a GENIUS ! Only time would tell… 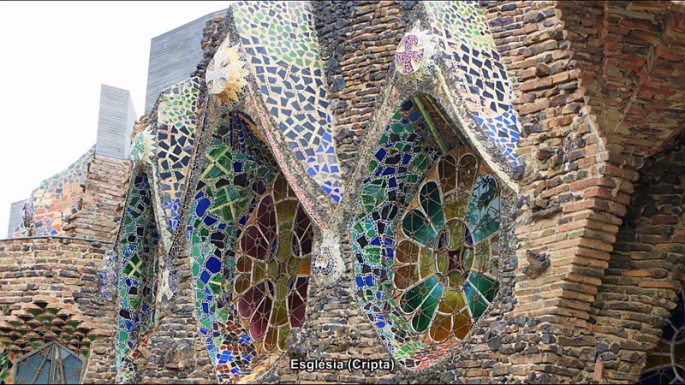 Gaudi felt that ART  and  ARCHITECTURE should be derived from and follow NATURE…. and as natural forms rarely have straight lines…. (quite true .. come to think of it!)…His constructions too ….full of natural CURVES, ARCHES, PARABOLAS…..! 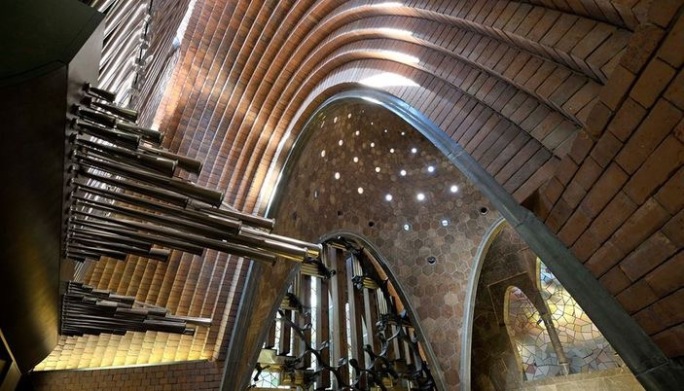 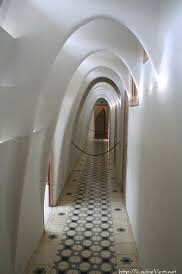 So if  construction was to be curved and sinuous… how were rectangular symmetrical bricks going to cover the curved grids???

So GAUDI developed a system called TRENCADIS…..using bits of tiles to cover nude walls in a mosaic pattern ..  arresting and ingenious ! 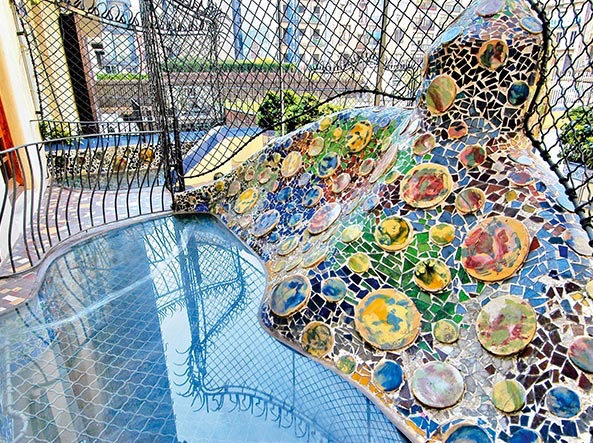 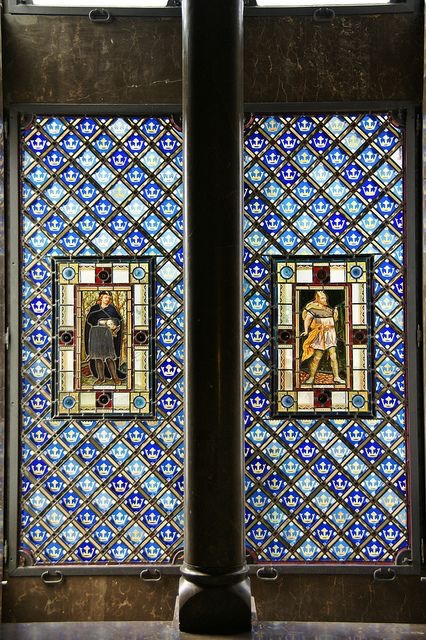 Another outstanding feature of GAUDI Art was the use of  COLOUR …. bold , bright , strange ,even outlandish.. !!

The term GAUDY though , though it means GARISH , OSTENTATIOUS, LURID..,.,is NOT derived from GAUDI … 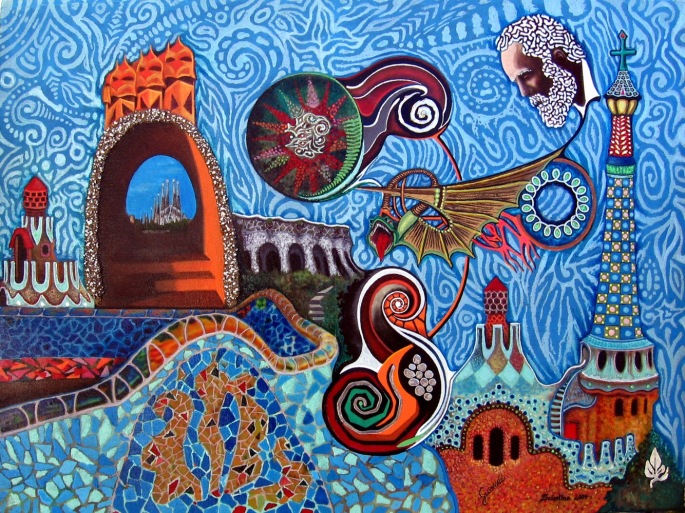 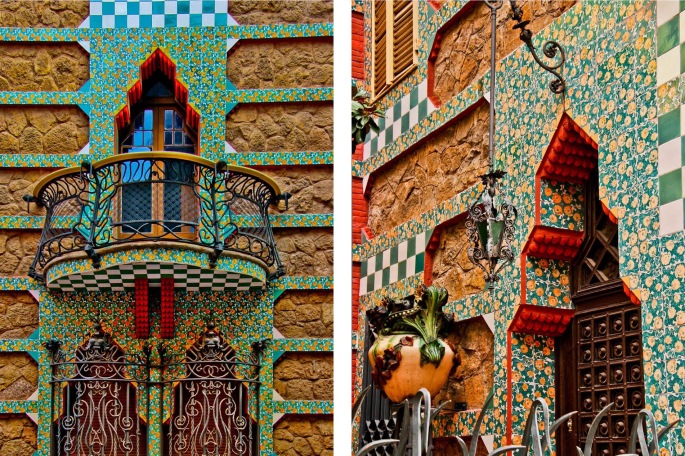 All of Gaudis projects needed tons of money…How was he to finance them??

an EYE for DESIGN 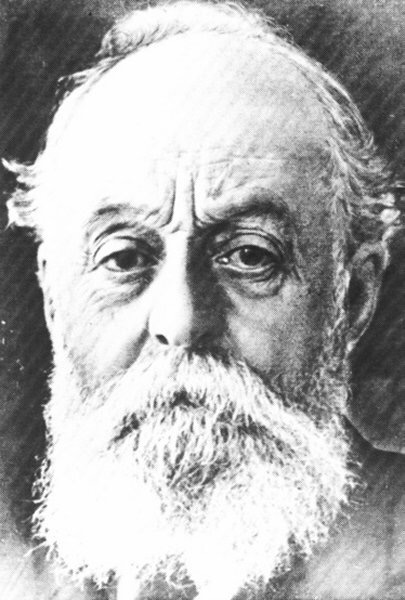 There’s much to learn from the Symbiotic Friendship .. of Guelle and GAUDI 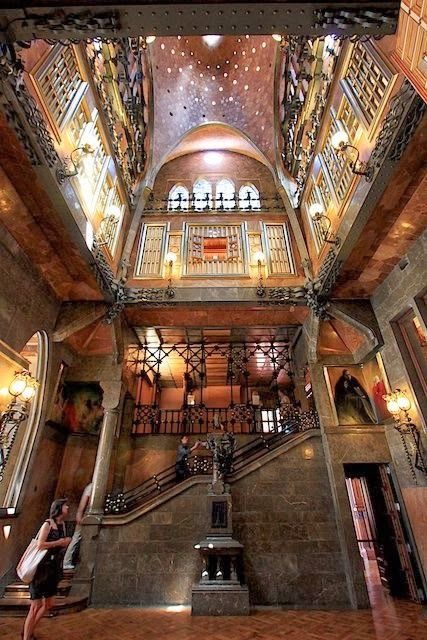 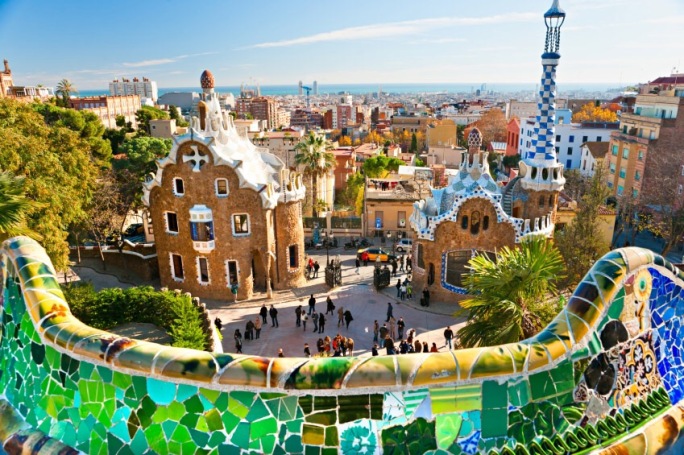 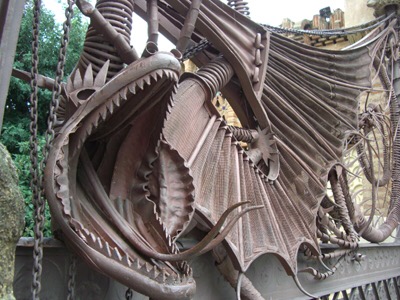 And many other buildings , each a spectacular piece of art …….also FURNITURE … each an unusual piece… have  a look ….

All that mattered to him was the construction of his most beloved project…  LA SAGRADA FAMILIA …   a breathtakingly beautiful Roman Catholic Church.:, made of 18 vertical towering columns  reaching heavenwards  telling the story of Jesus.. the stories of the Bible. 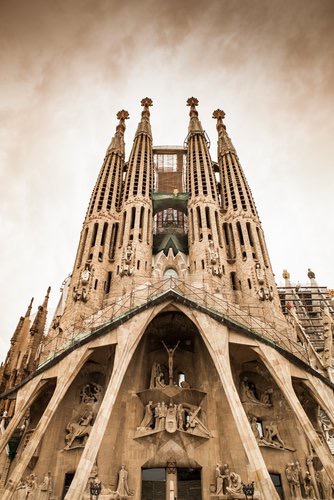 Inside the Sagrada … there are pillars.. like trees in a forest ,branching and holding aloft the ceiling made of the strongest building materials available. The play of light and colour tantalising .. 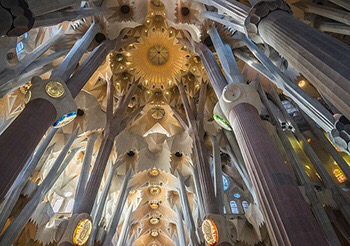 In his last years GAUDI would often sleep at the construction site . Alas .. in 1926 when ONLY  8 columns of the church were complete …GAUDI  tragically  died in a road accident ….

The Master had gone… How was the Sagrada ever going to be completed??? 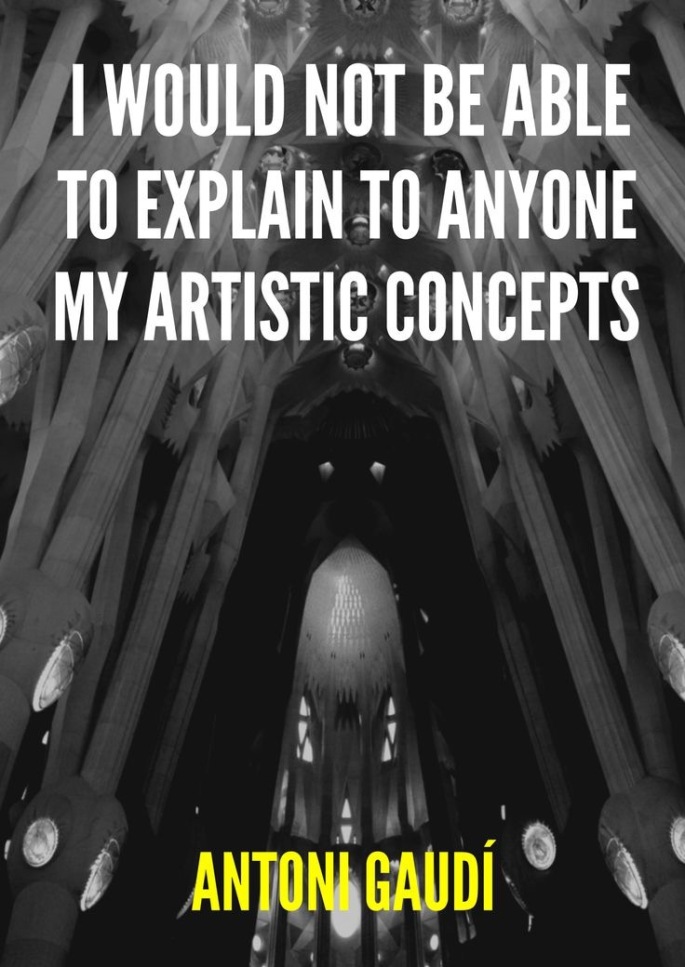 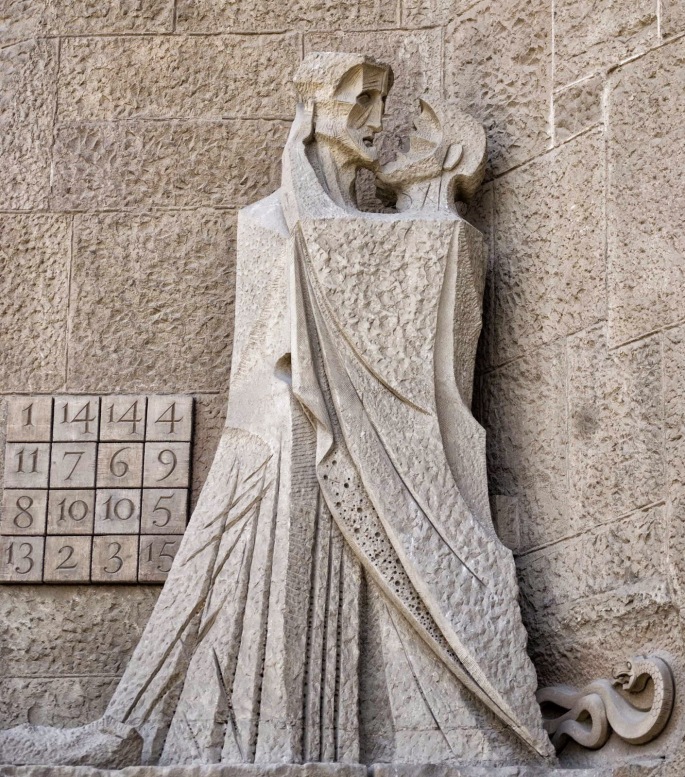 There were NO BLUEPRINTS… but GAUDI knew  he would not be alive to see  the final construction of the tallest church in the world… So he made  PLASTER  MODELS of the extremely complicated and extraordinary design of the basilica …,. with aeronautical precision !

To  BUILD and complete this humongous project… …It has taken THREE GENERATIONS  of architects , sculptors and artists !

A  CENTURY after Gaudis death !!!

By that time …..it would be 130 years in its making , just short of the Great Wall of China (which took 150 years to construct)

Watch the following video and  visualise the  VISION of ‘GODS ARCHITECT’…ANTONI GAUDI !

No guesses then where Amruta will be in 2026….
Naturally ……touring with Twinny….!

Looking up  with wondrous awe …….

Suffused with the beauty of the Sagrada….  a MONUMENT devoted to the GODS… 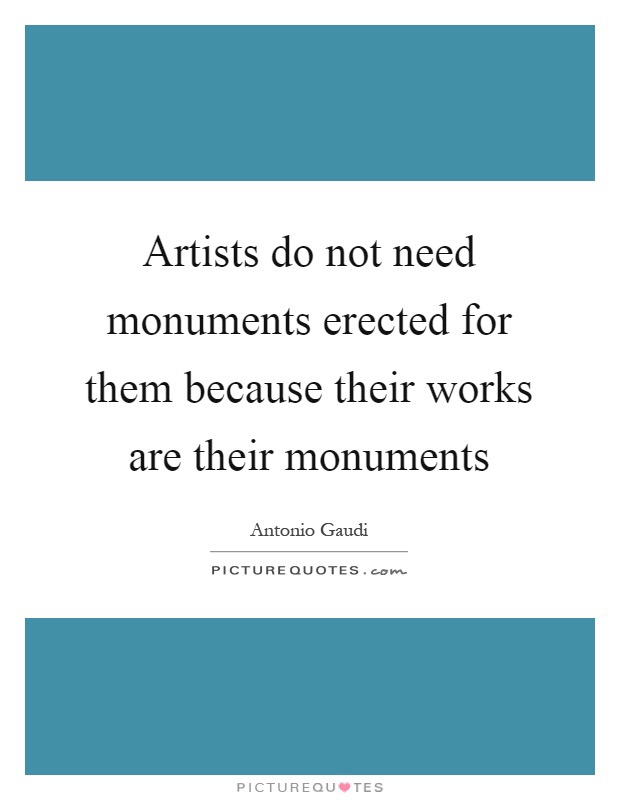 4 thoughts on “ Art with Amruta….The Art of a Genius”